I have always dabbled in writing, and written through various mediums  over the years.

My latest and greatest accomplishment is my new children’s book A Flamboyance of Flamingos. 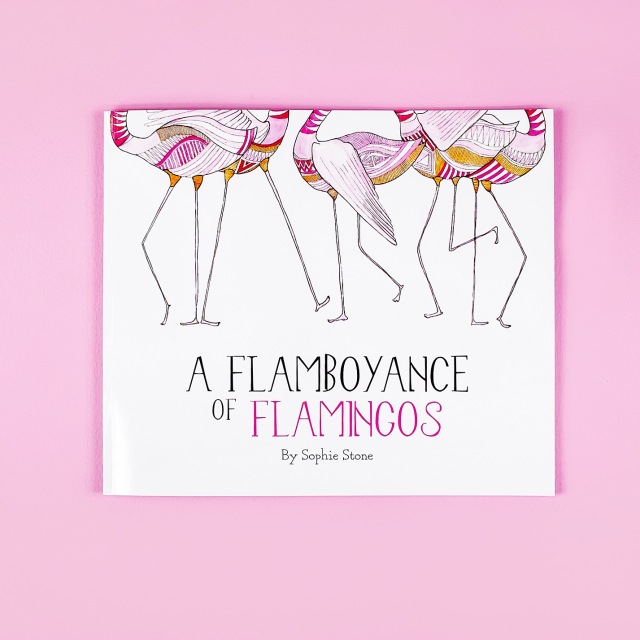 This project has always been an item on the bucket list for me, and about 2 years in the making.

My idea was pretty simple- I looked at animals and the collective nouns used to describe them in a group. Words such as a charm of magpies, a memory of elephants, a dazzle of zebra, such fabulous words you don’t even believe they are correct. (But they are.)

So I wrote the book around this idea, talking about animals in their family’s, and little activities that they might do together, and then started to work on the illustrations. These I painted black and white onto A2 sheets of canvas, which I then scanned in, and later coloured. The process of creating the images and refining the story is one I slowly chipped away at over 2 years. 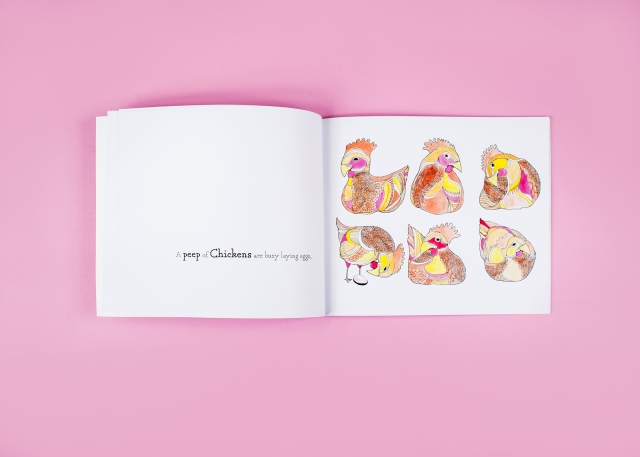 Once finished, I came to the pointy end of the project; printing and publishing. This is an area that I know nothing about, but regardless of this fact, I decided to produce the book myself.

I have a good friend that runs a home wares store in Darlinghurst, so I knew I had at least one stockist that would sell my product.

So I decided to set up a Kickstarter campaign to fund the project. For anyone that is not familiar with Kickstarter this is a crowd funding platform designed specifically for creative projects. 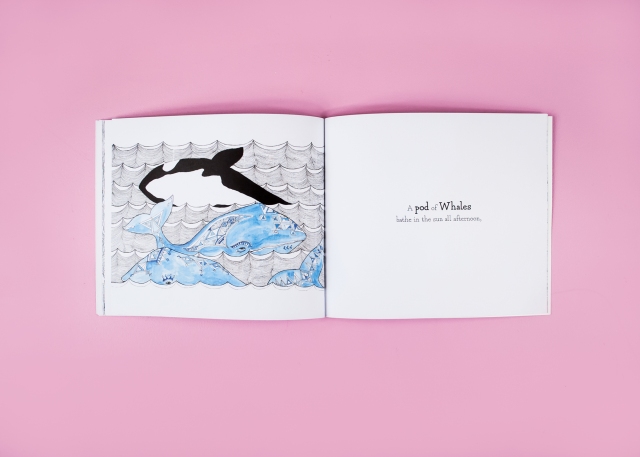 So I set up my Kickstarter page, telling people about my book and the journey so far, and offered people the chance to become a part of that. Printing is an expensive business and one that I could not afford to fund on my own, so I was really at the mercy of my community, asking people to pledge to make the budget in order to make the book happen.

To entice people further I expanded the project. I designed a colouring in book, featuring all the images from the hero story, in black and white. I created a series of limited edition prints, signed and numbered, and framed the original artworks. Backers could select the amount they wanted to pledge for and in return would receive books and prints, and get updates from me throughout on the progress. It made them part of the journey. 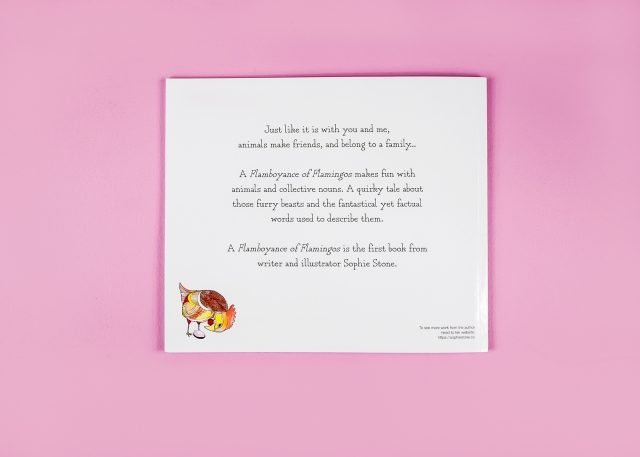 And it worked. I had an amazing response from friends and family, and the creative community online. We made our budget and successfully went into production.

So it is my great pleasure to present to you my book, A Flamboyance of Flamingos. This has really been a labour of love, and a piece of work that I am so proud of. We launched the book last week with a party and invited as many children as we could fit in the store, and it was chaos. We had a colouring competition, a book reading, and all the original artworks framed and mounted on display as an exhibition.

I am very much the smallest of potatoes in the printing industry, and whether the book will get picked up by a publisher and go further, or not, this has been a huge project to work on and so immensely satisfying to make myself. The response I have been getting already, from friends, from family, and most exciting from strangers, telling me they love the story and the images, has just been amazing and so touching.

If you would like to pick up your own copy, head to Published Art bookstore:

Past writing projects have included writing scripts for plays- in my youth and University days I was a thespian, and dreamed of a life on the stage.

After moving to Sydney I wrote my first solely written piece The allure of disgrace. A purge of sexually charged generation Y frustration through a playful Beckettian round of 20 questions. The allure of disgrace, looks at the loneliness of love and the absurdity of life, in general. The play was shown at the Sydney Fringe Festival 2010.

I really loved the idea of writing something as a response to someone else’s work. Not as a sequel, or a re-write, but a response. I read Samuel Beckett’s Waiting for Godot and I had so much respect and admiration for the work, and I wanted to talk to it, to the words. I thought it would be interesting for a young woman, from a different time and country; a different world, to tell her version. 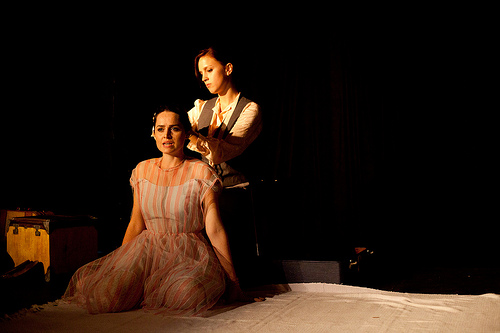 It was one of those funny things where you start working on something, not knowing how it’s going to turn out, but it just flows out of you, and you suddenly realize what it is. For me, it became about love. A love I had been waiting for, and hanging on to, only to find it wasn’t there. It can be hard to let go of something , when you have held it for so long. The writing became therapeutic it gave me some perspective, some distance; it provided the closure that I had needed for so long.

Arts Hub said of the work;

“The Allure of Disgrace is a bravely written and excellently performed play which marks a very successful playwriting debut for Sophie Stone and provides audiences with a thought-provoking perspective on many of the questions that we all ask ourselves today. It is sure to be one of the highlights of this year’s Sydney Fringe theatre offerings.”

Other writing includes- kind of randomly- wedding ceremonies. As strange as it might be, for the last few years I have operated on the side as a Wedding celebrant, marrying my friends. This started as a random request from a dear friend, and turned into a small side business, as all my friends started getting engaged and requesting I do the honours. 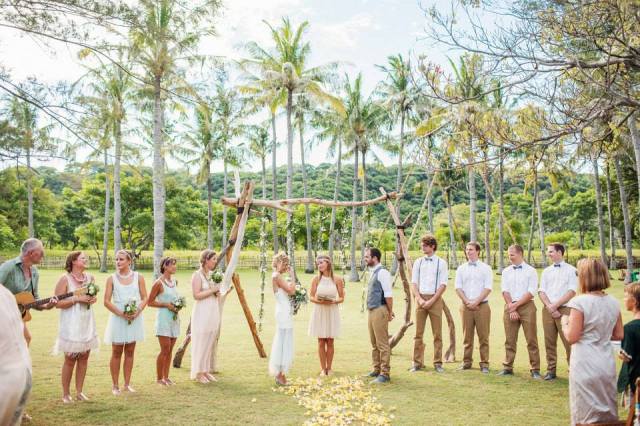 It’s a funny thing to write someones wedding ceremony, in one regard it is so personal and intimate, as it talks to the relationship between two people and their love. And then strangely public at the same time- as you recite these intimacies to a large group of all their friends and relatives, making sure you enunciate and speak loudly enough for everyone to hear.

I like to think I was good at it. But I think now I’m done.